I am proud to announce that the new 0.11 release of Kazam is now open to the public. In this release, I focused on stability and bug fixes (we had 28 of them!) so that people can now try out Kazam without any worries or hassles (after the many issues people faced with the first release). Therefore if issues put you off trying Kazam in the first place, please do try it now!

However that is not to say that we haven’t had any new features!

In this new release of Kazam, we have:

With this new release of Kazam, I have slightly changed the structure of development so it is better for the end-user (you guys!). We now have both a stable and unstable branch and PPA.

The unstable series contains the latest and greatest features in Kazam, however as a result it will be a bit unstable. If you want the very bleeding edge features and don’t mind doing a bit of bug reporting, this series is for you 🙂

The stable series contains the bug fixes that filter down from the unstable branch, as well as new features every periodic release. However to keep the stuff in here as stable, you will not get new features immediately. If you just want stability and are not too fussed about the latest and greatest, this series is for you 🙂

To try out Kazam, either use our stable or unstable PPA:

And again, we are always looking for new contributors 🙂 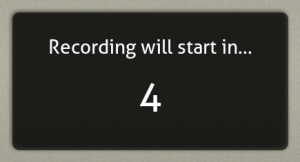 Remember back on June 29th when I introduced ‘a screencaster called Kazam‘ ? Well I am happy to announce that today Kazam has its first release!

Kazam is fully working, all the way from recording, to exporting to popular video sharing sites.

Although some features shown in the mockups (such as the quality slider and cropping capability) are not yet implemented, I am very proud of what has been and I already find it very useful!

But how can I help?

Now that we have our first release, I need help from all of you! I will have less time to work on Kazam going forward, and whilst I will still maintain it and add new features slowly, I really need for a community to build around it so that I get some help 🙂

You don’t need to be a developer to help out, below are some ideas that you could help with:

All in all, I would really appreciate any help you can offer so that we can make Kazam AWESOME!

But how do I get Kazam?

Then update and upgrade your packages and you are done!

If you have any trouble:

So I have been working on Kazam and I have decided to get a pre-alpha out there so that people can see what I am trying to do, maybe get interested, offer help, file bugs etc.

Bear in mind this is really just a pre-alpha, loads nof stuff is not working yet. At the moment, the start window is working (though video and audio can only be from screen and what is currently playing) the countdown window and indicator are also working, as well as the recording (though a dirty implementation) and the finished recording window (apart from the edit selector) is also working.

At the moment, Kazam is not really useful as it outputs a large lossless mkv file, that is not useful for uploading etc. But again this is a pre-alpha!

If you really want to download Kazam and have a look at it, please do the following:

This will open up the start window. From here, just press record (activate audio if you want), the countdown will start, the indicator will appear and once you finish the recording, you will have the option to save your screencast.

As you can see I would like to start getting help for this project, so if you wish to help, please have a look at the code, download and test as above, file bugs.. whatever! If you have any question, comment below, use Launchpad answers, contact me through Launchpad or find me on freenode (and471). I will be able to find something for you to do! 😀

(If you are going to re-blog this, all I ask is that you stress that it is a pre-alpha and that is isn’t really working for public use yet, only for developers 😀 )

There are many screencasting applications out there at the moment.

gtkRecordMyDesktop, Istanbul (and for the hard core!) xVidCap. The trouble is, they were created WAY before screencasting became so popular, and so try to meet the demands of an audience which has changed dramatically.

They built on old principles which simply don’t apply anymore, and discontent with the options I saw, I decided to design (and hopefully make) my own.

I started with the main window from which you start the recording. I looked at the existing Linux screencasting tools and others (such as the excellent Screenflick for Mac OSx) and noticed a HUGE difference. Looking at Screenkey, the user is only presented with very few options to begin with, so they can just get started, whereas with the Linux ones, the user is drowned with options and configuration – all they want to do is get started!

I started to mockup my own main window (you can see the process below). The first iteration had less options than the Linux ones, however I still felt as if it was too difficult for the user to just START! Then came the idea which my design is now based on.

I decided that the initial recording of my screencasts should not be encoded into OGV, MP4 etc. Computers have so much storage today, that I decided it is better to forget quality etc. in the beginning, and let the user deal with it later. this was one of my biggest problems with the Linux ones. If you set the quality too low etc. you would have to record to whole screencast again – not acceptable in my mind.

So the options I included on my main window were the video and audio sources (optional) and I also did a third iteration where a screenkey-like option is offered to the user.

After this window, an application indicator (or status icon for our GNOME friends!) will appear in the panel, and start counting down from five. A translucent black window will also appear at the sametime, counting down from 5 at the same time. This allows the user to prepare for the screencast, but also having the indicator appear and countdown with the black window, shows that they are connected, with no need to explicitly tell the user through some documentation. While recording, everything is as normal, with the indicator acting as the means to pause and finally finish recording. The mockups of the indicator and the black window are shown below.

Once the user elects to finish the recording, a small window popups, telling them that the recording has finished, and asking them what they want to do. They can either edit the screencast with Kazam (the name of our application) or with any other video editing application (such as PITIVI). Another option is to save the video file in its current uncompressed form. This is if they want to edit it later, or if for some reason their video editor is not in the list. The purpose of this window is to smoothly link the recording of the screencast with the editing and final output.

However I realise that for many screencasts, a powerful video editing software package such as PITIVI can be a bit overkill and not suitable to quickly get a screencast out onto the web. Therefore I have included BASIC editing capabilities in Kazam, but with the clear guideline of not trying to replace applications such as PITIVI. A mockup can be seen below, where the user can now adjust the quality of the video and audio, and even crop the video in an easy-to-use separate dialogue. The final use of this editing part of Kazam, is to quickly export to a number of sources. These include (but are not limited to) YouTube, Vimeo, VideoBin, to file etc.

Just to let you guys know, this will not take place of my work on Wasiliana, just something I was working on when I was getting to grips with Genie. Hopefully one day I shall make such an application…